How would you feel about a different kind of Christmas message this year? One that offered no comfortable assurances of peace on Earth, but instead raised only questions? Would you get frustrated? Would it even make a difference? 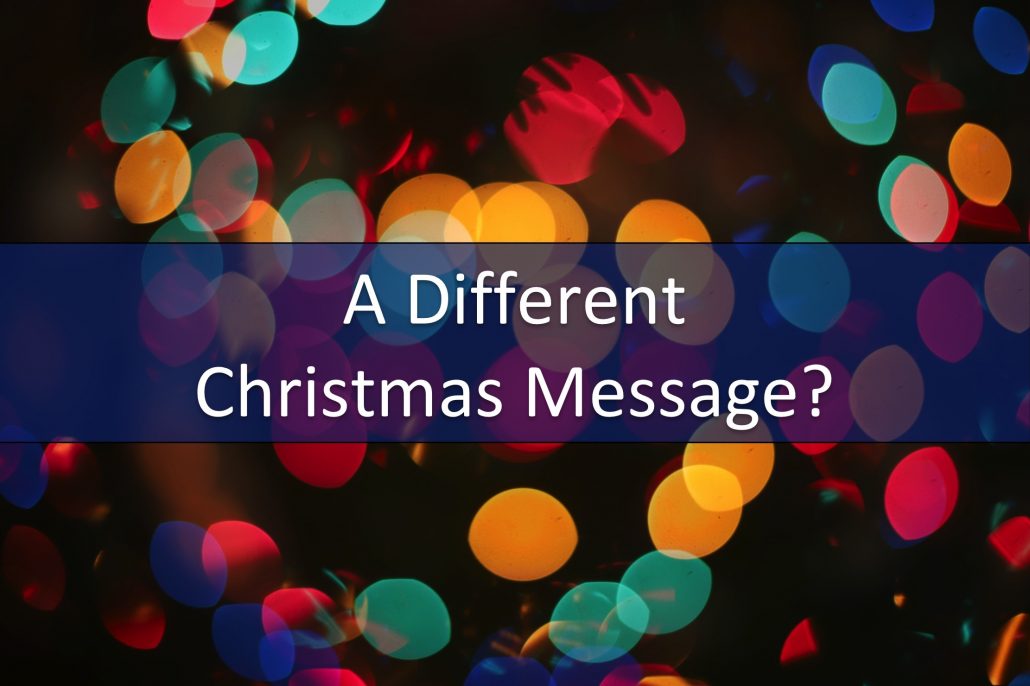 Do you even recall any Christmas sermon you’ve heard? What was the message? Was a gimmick used that made it memorable? How many times have I given a Christmas message and wondered if it was going to bomb? Or does even worrying about that sabotage inspiration and ensure that it’s a stinker?

Can anything original even be said at Christmas? After all the centuries, after billions of sermons, what can I add that would even catch your attention, let alone inspire your faith? I’ve thought about that every Christmas, and often wondered, what would you say if you were giving a Christmas sermon?

Would you focus on how there was no room at the inn, and base your message on justice and homelessness? Would you tell the story of Mary and Joseph’s desperate escape to save their lives, and compare that with the plight of asylum seekers huddled on the Mexican-US border? Or is that too moralistic, too political?

Do you, then, preach on Mary? What was it like for a young girl to be mysteriously pregnant? What did her parents think? Was it a relief to leave town? And why don’t we hear sermons on Joseph? Was he an absentee father? Whatever happened to that guy?

What of the Prince of Peace? Could you preach on that? Can you even write that when your own Christmases are so busy and so stressed? Are you glad it’s not you trying to come up with something right now? What would you say if you were giving a Christmas sermon?

Would you look to the wise men? Were there three of them? Were they actually kings? And why did they look at the stars? Do you ever do that, if not looking to the heavens, then checking the horoscopes for spiritual guidance? Does God even speak these days? What would God say?

Wouldn’t it be cool if God did speak up? If angels appeared, like to the shepherds? Or would it freak you out? Would others think you’re crazy? Why is it that, when you speak to God, it’s called prayer, but when God speaks to you it’s called schizophrenia?

And what’s up with frankincense and myrrh? Did you know these were resins used to make fragrant oils that covered the stench of bodies at the burial? Who gives that to a kid? And what were Mary and Joseph’s reaction? The gold, I get, but this? What would you bring? What do you bring? How does one acknowledge the Christ child?

What’s with this ‘Word made flesh’ thing? Then there’s ‘and to all who received him who believed in his name he gave the power to be children of God’ – what does that mean? “Be born in us today” – huh? ‘Born to raise the sons of earth, born to give them second birth’ – What does it all mean? Has the Divine been born in you? Do you understand the question? How would you preach that today?

Wouldn’t you rather just cut the sermon, put the offering in the plate and get the service over with because it’s almost midnight? Isn’t the peace of a few hours sleep more practical and precious than the peace that passes understanding?

Isn’t our love the best gift to lay before the Christ child? – David Maginley

Can the questions ever be answered, or do they lead us to ask better questions? Isn’t the whole point of this not to have the answers, but to realize the Answer has us? Isn’t our love the best gift to lay before the Christ child? Didn’t he say, “What ever you do to the lease of these, you do to me?” Since God is not the object of love, but Love itself, then is not the gift and the giving one and the same? Could you, then, be the gift of Christmas? How about a different kind of Christmas message this year?

Question: How can you be the gift of Christmas?